I am upset at myself….Chris told me it doesn’t matter, but I can’t help but feel like an idiot about it.

2 months ago I went to my normal physician and had my annual workplace medical (a requirement from my work).  Usually my physician calls when she gets my results and says everything looks good!!  This year she didn’t call me…but I could see my test results online and everything looked OK to me so I just forgot about it.

Roll forward to this evening and I log into my health portal to check some test results after a fellow blogger asked me about my AMH levels.  As I was looking I noticed that my physician had added a note to my most recent work place medical test results that said: “Your labs look good.  You are only slightly anemic.  Just take an over the counter iron supplement if you can.  Good luck!”  (She added good luck because I told her about our upcoming IVF cycle).  So all this time….I could have been taking an iron supplement and I haven’t.  I already take prenatals that has extra iron in it so what would my results have been if I hadn’t been taking this? Ugghhhhh.  I’m annoyed because I wonder if this could have made a difference to our embryos?

My doctor in the UK prescribed me folic acid supplements.  A quick google search and all of this and being slightly anemic is likely to be related to my Irritable Bowel Syndrome.  I wonder….is it about time I go and get all things associated with my bowels checked out again after the IVF?

I can’t help but feel frustrated that I didn’t see this message from my physician earlier!  But at least I have seen it now and that is the important thing (thank you Leslie for prompting me to log into my account!!! I’d never have seen the message for probably another 10 months!!).

I have been avoiding the mirror a lot lately.  I look at my face in the mirror, but not my body.  I can’t even look down, when I shave my legs I avoid looking at the area between my legs and boobs.  It’s the part of my body that feels disgusting to me (apart from feet – feet are pretty disgusting to me too).  I don’t necessarily mean that I am disgusted with the way my physical body looks, but I have some strange issues with my stomach in particular.  Both in the physical and emotional sense.  I am slim build, lucky to have a fast metabolism, I don’t have any eating disorders, I love food and we have a good relationship (except for the sugar, sugar and I are always going at it head to head!!).  So this doesn’t have anything to do with me thinking I am fat.

I have Irritable Bowel Syndrome (IBS) and this means that I suffer from random stomach pains and I get terrible bouts of diarrhea.  Certain food and stress triggers my IBS.  My relationship with my stomach has never really been a good one.

The worst issue I have are things touching my stomach – whether that is me, my clothes, the cats or even Chris.  There are times in the day where I cannot bear for things to touch my stomach – even my stomach touching the stomach (i.e. when bending over).  I hate the way it feels.  I have tried to explain it to Chris many times and even to myself, but I just can’t put words to how it makes me feel.  Disgusted is probably not really the right word, but it’s pretty close to how I feel.  But then there will be occasions when I am absolutely OK with my stomach being touched – I am unpredictable, there is no way of knowing if it is OK or not.  It is worse after I have just eaten, but I can often mitigate this by having a hot water bottle on my stomach, this helps for some reason.

The weirdness of not touching my stomach also extends to not looking at my stomach.  I don’t know why, but may be I have so much hate for the pain and grief it has caused me over the years.

Add in the bloatedness from the stimulation drugs from this IVF cycle and the problem perpetuates.  I hate squeezing my tummy ready for the needles, I hate touching it and I hate looking at it.

What will I be like when I am pregnant?  Well from the short period of time I have been pregnant I think this weirdness will still prevail, will it get worse?  I hope not!  For Chris’s sake at least because I know he will be wanting to feel close to the little one growing inside of me! 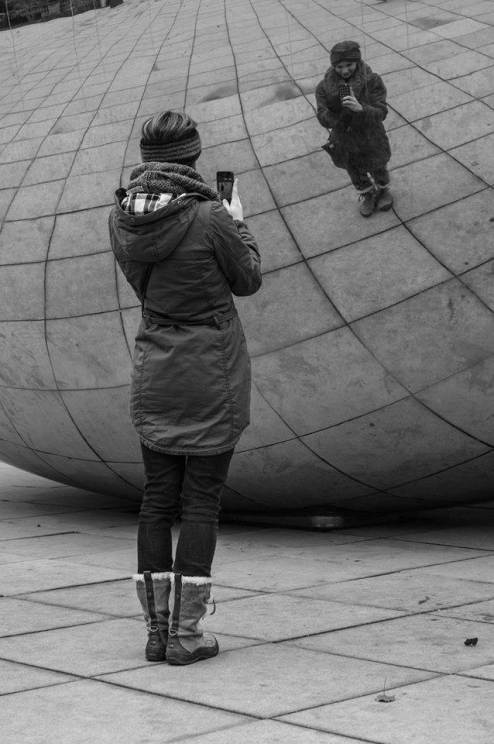 Mirror, mirror on the wall….. 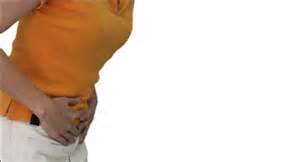 I have Irritable Bowel Syndrome (IBS).  It is a relatively common disorder of the gut.  The weird thing about IBS is that no one really quite knows what causes it exactly.  Symptoms are variable depending on the nature of the IBS.  For me, I suffer from abdominal pain and diarrheoa.  I’ve had it since I was a late teen.  But I don’t really remember when it truly started, but it got worse at university.  There is no cure for IBS, only treatment of the symptoms.  Approximately 1 in 5 people will suffer from IBS in their lives, some may never realise they have it.  Symptoms vary on scale and nature and is slightly more common in women than men.

I am writing about IBS because last night as I boarded the plane for my transatlantic flight and experienced an awkward situation.  As I sat down the family next to me asked if I could switch seats with their son (about 13yrs old) so they could all sit next to each other.  Sure I said, no problem, I don’t mind moving a row back!  But then they pointed to the dreaded in centre seat.  I had specifically booked an aisle seat because I go to the toilet a lot.  And as this was a red eye flight I would not do well sitting here, I would have asked the person next to me to move at least 10 times so I could go to the toilet.  I looked at the boy, realised he was 13 and thought he would be perfectly fine there, plus one of his parents could always sit on their own if they were worried about him.  So I politely declined to switch seats and told them of my predicament to be near the toilet.  But then the mother told me she couldn’t swap because she had a fear of flying.  Yes I felt guilty, but I was very willing to swap with anyone in an aisle seat.  Eventually a nice lady the other side of the plane volunteered to sit in the boys seat so I could sit in her aisle seat.  But it just reminded me of the hidden side of IBS, even though I told the family my reasoning, they seemed pretty pissed at me.  They didn’t understand.  I know of people with IBS who have disabled toilet keys because when it is bad, it is very bad!!  I don’t have this extreme requirement, but IBS is a hidden disability.

I self manage my symptoms.  I know that stress makes it worse, and eating certain foods such as potatoes and pineapple can give me killer cramps and half a night on the toilet.  I have simply learned to avoid certain foods or when I have a craving, give in and just expect it and manage it when it happens,  I prefer it that way rather than take drugs.  I tried a lot of things at university to relieve the symptoms, but ultimately cutting out the stress seemed to work the best.

In order to diagnose IBS the doctor will put you through a series of tests to rule out something more serious, like Chron’s disease, cancer of the ovaries or coeliac disease.  These are tested usually with blood and stool tests.  For me, the doctor said that there was a possibility of having endometriosis, which can only be detected through a laporoscopy.  But before doing this invasive procedure she wanted me to try an exclusion diet to see if there were certain foods that increased the symptoms.  After several weeks of hunger, cravings and a very large shopping bill, we figured that IBS was likely.  So I never had a laporoscopy to rule out endometriosis.  My current Reproductive Endocrinologist has suggested there is a chance I do have endo, but a laporoscopy can do more harm than good to my fertility if it is just a little bit of endo.  I find it strange that I have no definite diagnosis whether I have one, the other or both conditions.

As I get further into my two week wait and I get pains even a couple of days after IUI, I wonder are they IBS pains?  Or are they related to the IUI and the progesterone? What has IBS got to do with infertility?  Well I didn’t think there was much of a linkage, but as always google shows you something interesting.  There were two interesting conclusions that came out of my, albeit brief, search, in general the research is pretty thin on the ground.

IBS increases risk of miscarriage and ectopic pregnancy.  A research study* looked at 100 000 women who became pregnant during the period 1990 to 2008.  Of these 100 000 women 6% suffered a miscarriage, which is considered to be the ‘normal’ statistic.  Of these 100 000 women, 26 000 women were diagnosed with IBS.  Of these women diagnosed with IBS, 7.5% lost their babies.  That is a significant difference, increasing the risk of miscarriage for women with IBS by 30%.  It should be noted that IBS is linked with other disorders which are also potentially linked to miscarriage, for example chronic fatigue syndrome and fibromyalgia, therefore it is not wholly conclusive evidence.  The authors wanted to stress that the chance of miscarriage was still small, and that they wanted to highlight the need for more research into IBS and fertility.  I have not been able to find anything more up to date than this report from 2012.  Maybe they are still researching it…maybe no one carried it forward. But I think it definitely deserves some more attention.