On several occasions in the past Chris has asked me if we really want to bring a child into this uncertain, seemingly doomed, world.  War, terrorism, climate change, disease, famine and so much hatred.  It makes you wonder.  The terrorist attacks in Paris last night were shocking and showed terror in the West at its worst.  The Russian plane blown up most likely by terrorists was utterly cowardly.  The suicide bombers in Beirut who spinelessly killed innocent shoppers.  And the many more countless number of attacks on innocent civilians.  It makes me sick to the stomach today as much as it made me sick to the stomach when I was just about to begin my first year of university in 2001.  Watching that second plane crash into the other twin tower of the World Trade Center, live on TV, I could not believe my own eyes.  And last night hearing the live commentary of the attacks unfold in Paris was no different.

But I do not want to live in fear because then they have succeeded, the terrorists have won.  Like I told a journalist when I was interviewed in a London Train station the day after the 7/7 terrorist attacks – I am not afraid to use the public transport, I won’t be afraid, we should not be afraid. We must unite against terrorism.

I didn’t know when I watched those events unfold on September 11th 2001 that 14 years later I would have deployed three times to Iraq and Afghanistan, worked with countless inspirational commanders and leaders who serve to fight the battle against terrorism and worked on projects that enhance the future security of my friends, family, country and our allied countries.  And so now it is one of the drivers for my choice of career, but I would never have pictured myself in this world in my youth.

War and terrorism isn’t the only thing on my mind about the uncertain future for our children.  Disease, famine and climate change are all up there too on my list of concerns. I might sound a bit dramatic about it all, but it is something I do think about a lot.

So when Chris asks me do I want to bring a child into this world?  I tell him yes.  I say yes because I want my child to be a strong person who contributes something to making this world a better place…and even if I don’t ever have my own child, I will love, cherish and encourage the children of my friends and family to be that strong person…otherwise the terrorists will simply win. 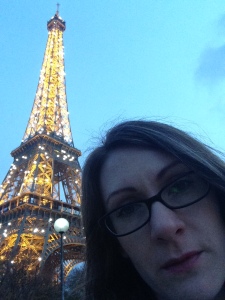 6 thoughts on “The uncertain future of the world” 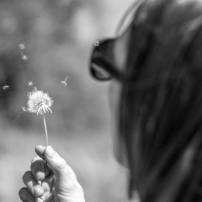